SooVam
Admin
posted on 4 months ago
457
views
Videos
Sony FX3 is the latest entry to its Cinema lineup. Check out the specs, features, expected price & availability of Sony FX3 in Nepal.

Sony unveils FX3 as its most compact and affordable cinema camera

Sony has added to its Cine Line of cameras with the latest FX3. The new camera is also the most affordable in the lineup. What Sony has done here is cramp features from its Cinema lineup to a smaller body. The camera itself looks to be based on the A7s III. In this post, we will be taking a look at the specs, features, expected price, and availability of the Sony FX3 in Nepal.

Starting with the body, the Sony FX3 has a magnesium alloy chassis. Sony has adopted dust and moisture-proof design except for the XLR handle. The camera measures 77.8mm x 129.7mm x 84.5mm and weighs around 715 grams. 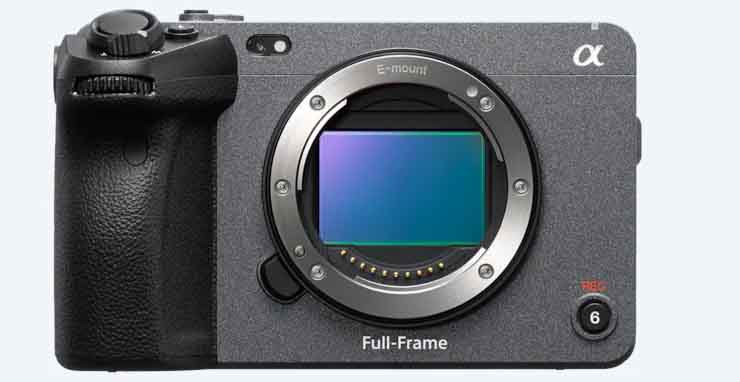 Here, the Sony FX3 features a full-frame back-illuminated Exmor CMOS sensor. The effective pixel count for video and still images are 10.2MP and 12.1MP, respectively. It is paired with BIONZ XR image processing. The standard ISO range is between 80 and 102,400. However, it can be expanded to up to 409,600 in shooting mode. Similarly, the dynamic range is 15+ stops wide.

This camera comes with the S-Cinetone color matrix. It allows users to create cinematic content without having to go through post-production. The features itself has been derived from flagship VENICE camera and thus delivers natural mid-tones, soft colors, and smooth highlight.

Likewise, the FX3 has a maximum of 627 points for its Hybrid autofocus. But it will vary depending upon the shooting mode. The Touch Tracking feature allows users to select the subjects to be focused on and tracked. Similarly, the company has also improved Real-time Eye AF, AF Transition Speed, and AF Subject Shift Sensitivity based on the users’ feedback.

Sony FX3 has a 5-axis optical in-body image stabilization. There is also a dedicated Active Mode for movie shooting. But it results in a cropped image and cannot be used while recording videos at 120fps and higher. Users can also use the stabilization metadata to adjust images during post-production using certain tools.

Frequently used controls like ISO, IRIS, and white balance are placed on the grip and on the top of the camera. In addition to this, the camera has 15 customs keys that you can assign to 140 functions based on your preference. 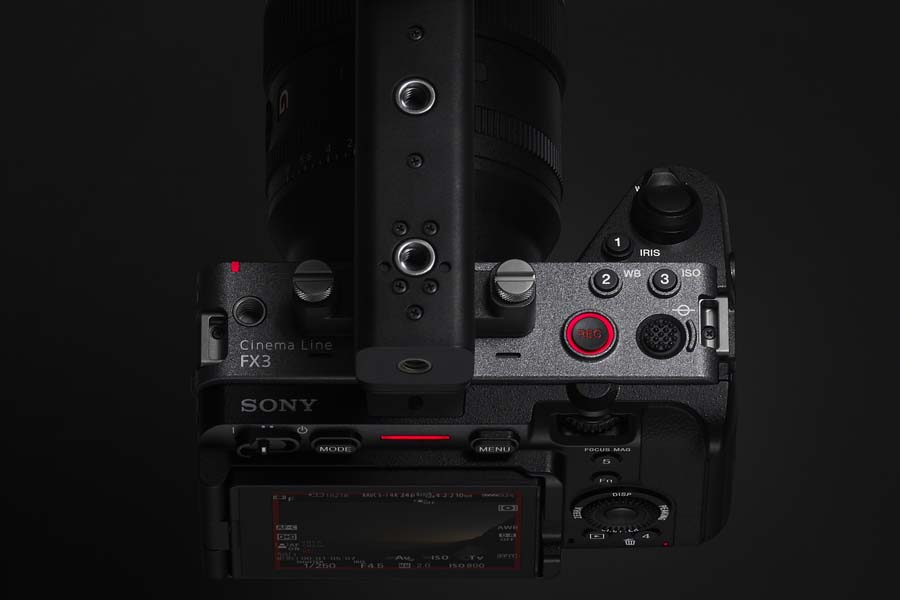 The zoom lever on the top of the grip allows the use of Clear Image Zoom even with unpowered zoom and prime lenses. Recording lamps are on different parts of the body. There is also a touch-enabled LCD monitor.

Sony FX3 also comes with an active cooling system. The company has included a fan and a heat dissipation system in the camera so that users can keep recording 4K 60p videos without thermal shutdown. The bottom panel draws air from the surrounding which exits from the side. Similarly, the USB-C port on the camera supports PD fast charging. The FX3 has two media slots that support CFexpress and SDXC cards. Other connectivity options include dual-band Wi-Fi, wired LAN, image transfer via FTP servers, and so on.