SooVam
Admin
posted on 2 months ago
389
views
Technology Lists
Zero 2 Infinity is a startup that is working on its own space journey project called Bloon. Click here to learn more about the project here.

You may all have heard about Elon Musk’s plan to put mankind on Mars. His company SpaceX is also working on a project to make the concept of space tourism a reality. It is not the only company working on this concept. There are plenty of other companies working with the same intention. Blue Origin, a company backed by Jeff Bezos, is also focused on space tourism. In this post, we will be talking about Zero 2 Infinity which intends to charge passengers $132,000 for the orbital trip.

Zero 2 Infinity is a startup based in Spain that intends to close the gap between human civilization and space. It was found back in 2009 by CEO Jose Mariano Lopez Urdiales. It focuses on getting user’s projects into space at affordable fees. For this, the company has been using its advanced balloon technologies. As of now, it has three distinct lines of services – Bloostar, Elevate, and Bloon.

Bloostar is an orbital launcher that places small satellites into space. Elevate is a service mainly used by researchers to elevate different payloads up to 40km into space. Bloon, on the other hand, will be used for space tourism.

Zero 2 Infinity is using a pressurized pod that is capable of sustaining human life. The technology used here is the same as that of Elevate. The pod or the capsule is propelled by Helium gas will be able to take passengers up to 36km above the ground. The distance may not look like much compared to its competitors that are offering to elevated users up to 100km up the ground. On the other hand, Bloon will be able to complete a journey quicker and the journey will easier on the passenger’s wallet.

According to Zero 2 Infinity, Bloon can complete one journey into the stratosphere in around 4.5 hours. It will take around 1.5 hours for Bloon to elevate and then it will lay flat on the space for around 2 hours. The remaining one hours will be utilized to return to the earth. 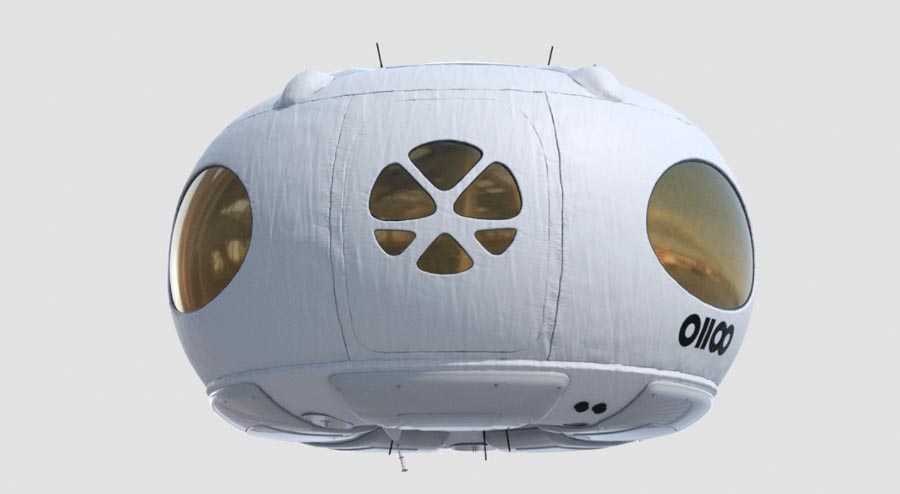 According to the company, the Bloon experience is completely customizable. Passengers can choose their own launching spot, their favorite menu, and so on. They can even experience microgravity during the descent without any risk if they want to.

Two pilots in the balloon will be experienced pilots trained to face any kind of emergency. In addition to this, every passenger will be given two-day safety training before the flight.

Zero 2 Infinity is on the verge of opening tickets of Bloon for the general public. Each ticket will cost around $132,483. To put it into perspective, SpaceX and Blue Origin are asking $55 million and $200,000, respectively. Another company called Space Perspective is planning to sell its ticket at just $125,000. However, it will begin unmanned test flights in 2021, by which all the other companies listed companies wish to have been operating flights in one way or other.

The Bloon pod can accommodate four passengers in addition to two pilots at a time. The first person to use go through the journey will be professional mountaineer Raha Moharrak.